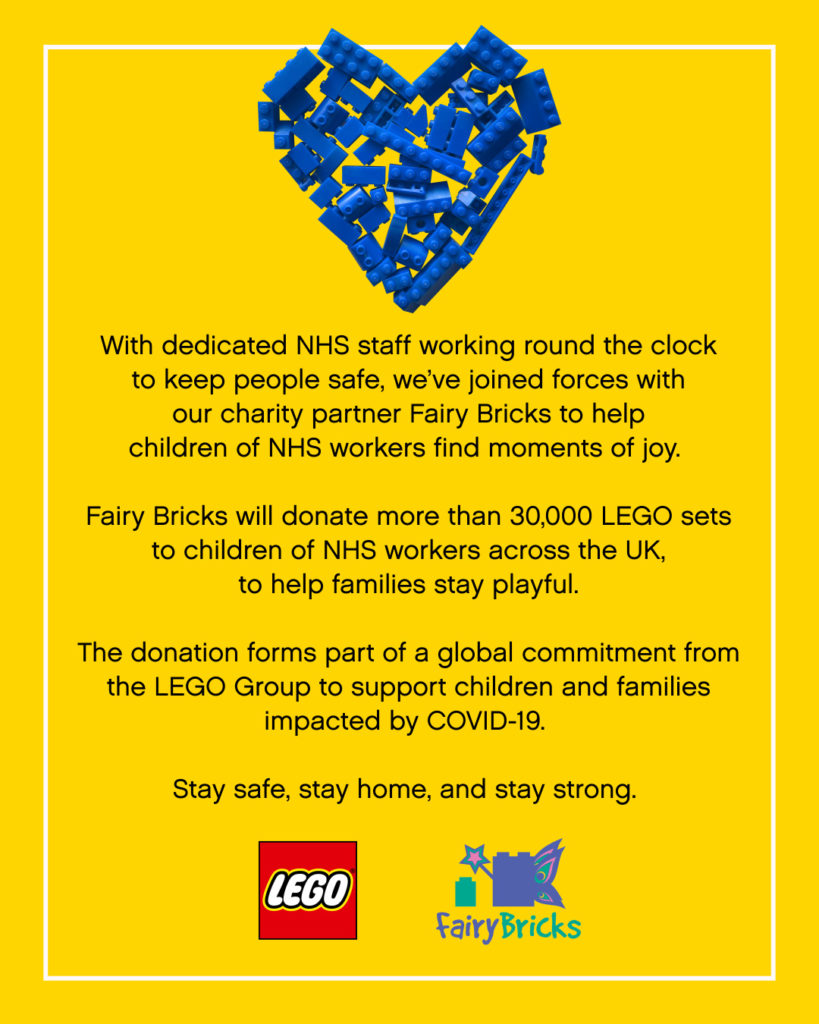 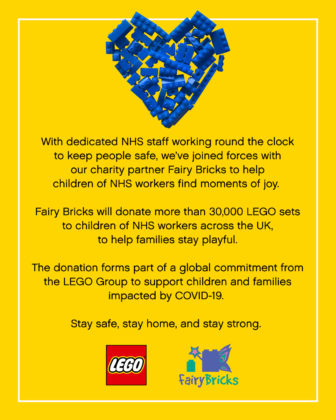 The donations will be made to the dedicated staff at NHS hospital trusts across the UK, starting with Guy’s and St Thomas’ NHS Foundation Trust in London. Fairy Bricks will help hospital trusts distribute the LEGO sets to employees in line with the critically important social distancing and health and safety policies hospitals have in place.

The donations will help children find moments of playful joy with their families as their dedicated parents juggle childcare and their own wellbeing while working around the clock to protect the nation.

Kevin Gascoigne, CEO of Fairy Bricks, commented: “We are truly grateful for everything our NHS heroes are doing to keep us safe.  We know that the fight against COVID-19 is keeping many of them away from their families and their children.  This is a very small gesture we hope will bring some smiles to families during a very tough time.”

Fairy Bricks is a long-standing partner of the LEGO Group who, alongside other donors, provides the charity with sets to brighten the lives of sick children. Each year Fairy Bricks donates more than 40,000 LEGO sets to hospitals in the UK and internationally.

Kevin said: “Due to COVID-19 we’ve been unable to donate sets to hospitals and facilities as usual.   As a result, and due to a generous donation from the LEGO Group, we have sets for children of our NHS workers which we hope to distribute over the coming weeks.”

In addition to the support the LEGO Group is giving Fairy Bricks, the company is also donating more than £200,000 to UK children’s charities to support those in our local communities through these unprecedented times.

These UK donations form part of a global commitment from the LEGO Group to support families impacted by COVID-19. The LEGO Foundation is donating $50 million to NGOs and charities around the world to ensure children have access to essential supplies and continued development through learning. The LEGO Group is also donating over 500,000 sets to children in need around the world.